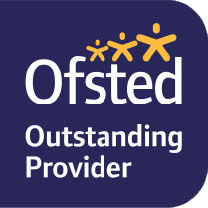 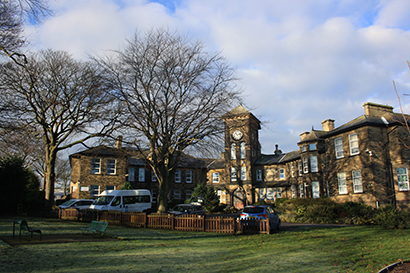 The earliest record of a building at Boothroyd was in 1272, that’s over 700 years ago.  The present house (this main building) was originally built around 1850.

The house was originally owned by a Mrs S Ormerod and it was offered to the Government to use as a hospital.  It was used as an Auxiliary hospital for 3 years during the great European War (up to around 1914)  and after that time it was closed.

The Government at the time did not want to purchase the building to continue to use it as a hospital as it was too near to the centre of the town and did not have enough land.  William Smith, purchased the house and all the land surrounding it as we see it now and on 11th February 1916 it was opened again as a hospital.  During the first week 20 beds were occupied by injured soldiers.

As time went on the progress of the First World War meant that additional accommodation, for the number of casualties increased,  in the summer time, when camps were erected in the grounds, as many as 64 soldiers were being cared for. During the time the hospital has been open, 1,975 patients have received treatment, which included all cases, some very serious.

William Smith was the first mayor of Brighouse  (as Mayor he was known as Alderman William Smith), he was also  a great benefactor of Brighouse and created the Smith Foundation Trust on the 5th September 1916.  On his death in 1922 he left the bulk of the estate to the Trust as he had no surviving relatives.   His cousin's adopted son William Henry Smith, was sadly killed during the first world war 1914-18.  This is who the school is now named after.

William Smith also build the building which is now the Brighouse Library and Smith Art Gallery and donated this to the people of Brighouse.

In July 1920 after the First World War the Trust opened up Smith Homes as an orphanage for girls but soon admitted boys The Homes continued for nearly 40 years.  During the Second World War they admitted girls from the Sailor's Orphan Home in Hull.

The Trustees were forced to reconsider the role of the Trust post war.  A revised scheme for the Trust in 1951 gave authority for the trustees to make grants to Special Schools and establish Special Schools.

In 1952 Holly Bank School was opened by the Trust who continued to be responsible for it until 1998 when a separate Holly Bank Trust was set up.

The last of the children from the Homes left in 1959 and in September 1961 a residential Special School for boys, named after William Henry Smith, was opened on the site by the Trust.

The clock tower used as the school's logo was the first part of the alterations to be completed after the Boothroyd building had been handed back to the Trustees in 1919 after being used as a War Hospital.  The foundation stone of the tower was laid on Good Friday 18th April 1919 and it was completed in eight months on the 9th December.  The clock tower is some 50ft high and has three dials, each 5ft in diameter.